As unlikely as it seems now, I largely missed out on the Harry Potter phenomenon when it began blowing up in the late ‘90s and early 2000s. END_OF_DOCUMENT_TOKEN_TO_BE_REPLACED 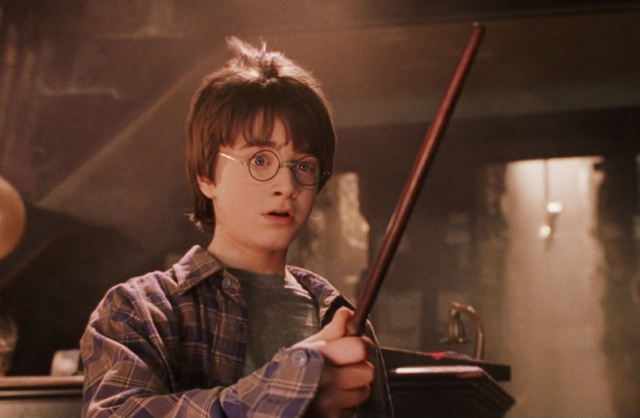 It’s based on the concepts presented in Larry Brooks’ book, Story Engineering.

In the section on story structure, Brooks says that in order to be successful, a story needs to have each of these five pivots:

Brooks even tells us at what percentage of the way through the book each of these pivots needs to make its appearance.

The first plot point occurs 25 percent of the way through the story;

the first pinch point occurs 3/8ths of the way through the story;

the second pinch point occurs 5/8ths of the way through the story;

and the second plot point occurs 75 percent of the way through the story.

Interestingly, in Harry Potter & the Philosopher’s Stone, Rowling lands four of these five pivots on the exact page they need to be on according to Brooks’ model of story structure (he excludes the prologue as not being part of the main plot). C. S. Plocher on the Write like Rowling website gives us a rundown:

Harry boards the Hogwarts Express on page 90 of the 259-page plot;

He gets his first glimpse of Snape (and, even more crucially, Quirrell’s turban) on page 126;

He realizes who has the Philosopher’s Stone at the end of chapter 9, exactly halfway through the book;

He catches Snape with a bloody leg 5/8ths of the way through the book.

The only exception is the final plot point (Harry realizing that Dumbledore has departed for London and the stone is going to be stolen), which is 25 pages later than it would normally be because Rowling is setting up a seven-volume fantasy series and has a lot of world-building to do. (Moreover, I would argue that the true second pinch point in the first novel is the scene with the unicorn in the Forbidden Forest).

the first plot point would occur on or around page 60;

the first pinch point would occur on page 113;

the mid-point would occur on page 150;

the second pinch point would occur on page 188;

and the final plot point would occur on page 225 (or perhaps a bit later in a story of this scope).

I have this crazy dream to write a novel according to a strict formula. In the past I always thought I could free-wheel it; but I’m realizing, I really love formulaic writing. It’s so structured. I love following the rules. I love learning the science and craft of storytelling.