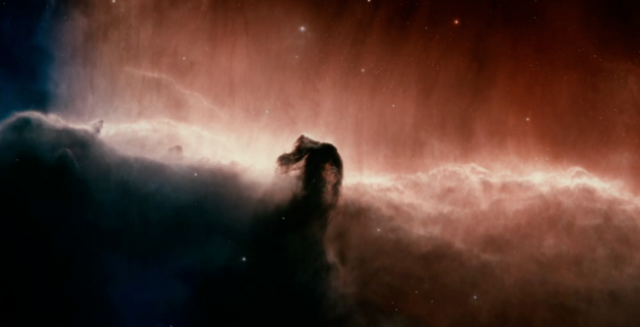 Each of the three counselors was smiling and cordial as they sat facing me in a room the size of a small office.

“Bobby, we’re here today because you had the courage to come forward and say you wanted this,” said Brandon*, a tall young man with dark eyes and a buzz cut. “That’s a huge step. But in order for this to work, you have to talk to us. We can’t just read your mind, we actually have to know what’s going on in there so we can pray into it.”

Tuesday evening. It was my first official counseling session with Prisoners of Hope, an unlicensed Charismatic ministry offering spiritual deliverance to those who have been involved in sex trafficking and similar abusive environments.

I’d had had a short introductory meeting with the head of PoH the day before. The encounter had left me feeling puzzled and agitated. After a few polite and perfunctory questions about how I had been doing in the year since my best friend’s alleged murder and the breaking-up of our cult, she had pulled out her phone. There was a picture of me standing next to Roger Ross Williams, the director of the documentary film God Loves Uganda.

“Did you see this movie?” she asked.

“Yes, a friend of mine invited—”

“Do you agree with it?” Without waiting for a response, she barreled ahead to her main point. “Are you gay? Do you support the homosexual agenda?”

No, I had said to each question. No, I don’t even know what that is. No, I never did anything sexual with Tyler.

And though the woman hadn’t returned for today’s meeting, I still couldn’t help but feel suspicious of the three men sitting in front of me, wondering whether they really did have my best interests at heart.

“How about this,” said the man on the right, who reminded me of Steve Gomez from Breaking Bad. He held up a sheet of paper. “We’re going to break off lies that were spoken over you. I’m gonna go down this list and I want you to repeat after me. Do you think you can do that?”

“Why don’t we have him stand up?” said Brandon.

I stood up. Gomie laid a hand on my shoulder.

“I renounce all false prophecies that were spoken over me.”

He paused, waiting. Behind me stood Brandon, praying in tongues and occasionally snapping his fingers.

With a terrible clenched feeling in the pit of my stomach, I said, “I renounce all false prophecies that were spoken over me.”

“I renounce the deceptions inherent in systems such as Mormonism, Jehovah’s Witnesses, Catholicism, Hinduism, Judaism, the New Age movement.”

Not wanting to renounce the one true, holy, catholic, and apostolic faith, I merely said, “I renounce all false systems.”

Gomie nodded and moved on to the next one, but Brandon interrupted him.

“Hold on,” he said. “Can we get you to repeat that word for word? ‘Mormonism, Jehovah’s Witnesses, Catholic… Catholick-ism?”

“I renounce Catholick-ism,” I said.

This seemed to satisfy him, so we went on.

I nodded. Somehow the fact that I was shaking, and enraged, had escaped them both.

“I want you to go ahead and say them out loud, and then renounce them. Can you do that?”

“Whoa, time out, time out!” Gomie shouted. “Bobby, you don’t need to renounce those things.”

I stared at him. The pounding of the music was fierce and relentless.

“Tyler was wrong about a lot of things,” he explained. “But he wasn’t wrong about everything. See, he had a lot of truth, it was just twisted. But he was right about this. You are called to be a forerunner.”

By now I was trembling visibly. There were no words for what I was feeling. I felt abused, betrayed. I wanted to disappear. I wanted to run away. Tears were starting up into my eyes, and my blood ran swift and furious.

Tell me this isn’t happening again…

And suddenly in my mind it was the summer of 2011; Micah and the other boys were going into trances, yelling, speaking in tongues, and stumbling around. I wanted to tell Tyler that I thought the “manifestations” were getting out of hand, but I remembered what had happened the last time I questioned the spirit of prophecy in a corporate setting. “Haven’t you noticed that Melissa* always hears the same things everyone else hears, even when it’s wrong?” And then I would be the wrong one, the crazy one. At least until a couple of weeks later, when Pastor John* said from the pulpit that he thought 80 percent of all manifestations were fake. They wouldn’t listen to me, they wouldn’t listen to the Bible, but they would listen to a pastor.

And if they had listened then, perhaps they would listen now…

“Not everyone is called to be a forerunner,” I said to the three counselors, a powerful feeling of déjà vu overwhelming me. “Pastor John said at our staff meeting just a few days ago that not everyone has that calling.”

Brandon stared at me, incredulous. “Did he really say that?”

“Yes,” I said, trying my best to hide my contempt and sarcasm. “Yes, he really said that.”

“Well, here’s the thing,” he said, stroking his chin sagely. “Who was John the Baptist? What did he do?”

“He prepared the way for the coming of Jesus,” I said through clenched teeth. Why am I still trying to reason with this person?

“Yes,” Brandon said solemnly. “He prepared for the coming of the Lord. He was a forerunner. If God has brought you here, then you’re also a forerunner. I want you to say, out loud, ‘Lord, I ask you to speak to me about my calling as a forerunner…’”

This isn’t meant to be an indictment of any ministry. Yes, as the recent sexual abuse scandals at Bob Jones University, Patrick Henry College, and Pensacola Christian College have demonstrated, Christian ministries are often a haven for spiritually abusive and manipulative leaders.

But I’m realizing I’m not nearly as concerned about the leaders as I am the people who follow them.

Recently I was part of a conversation with several friends on Facebook. A professor I know had left a Christian organization for which he had worked in some capacity for over a decade because he felt there were people in leadership who were spiritually and emotionally abusive.

But what really scared me, when I started looking into the allegations that he and a few other people were making, was the response of my friend Lisa*.

She said, “I’m sorry but how can you support an article that speaks so negatively about the leaders that have led you for years? That’s horrible.”

When Anthony said, “Because what the article describes actually happened and many people have testified to similar experiences,” she added, “I as a rule would never post anything negative (even if parts were true) about leaders and friends of mine.”

Anthony told her, “Lisa, I honestly can’t tell you how scary the things you’re saying are. Those very same words and that same impulse to protect and defend ministry leaders rather than listen to the experience of hurting people . . . and then furthermore to vilify those who have been hurt, has been used historically to hide and enable the most horrific and wicked things.”

And it breaks my heart.

And it makes me mad. Because I was in a dangerous group where people were discouraged from becoming novelists and painters because God was calling them to follow someone overseas and establish a house of prayer. A group where heavenly visitations and a prophetic history were used to enforce our collective submission.

And some of the people, like Lisa, who are now attacking the ones coming forward with these allegations—some of them knew Tyler and the rest of his group. And they’re now convinced that Tyler was an evil, murderous, gay sex cult leader. They’re convinced that he was the devil.

Like the guy who attacked me a few weeks ago just for re-posting one of my friend’s blog posts. He doesn’t think this should be talked about. He thinks I should lose my job just for bringing it up.

And my question to him is this: “The things these professors allegedly said—how is it okay when a professor says them… but wrong when Tyler said them?”

How can you call yourself a faithful friend of any organization when you avert your eyes from alleged injustice?

How can you be a good human when you close your ears to the cry of the oppressed?

How can you defend what is wrong? Tell us not to talk about it, care about it?

I thought our loyalty was to Jesus, to the Scriptures. But lately, I’m not so sure it is. I think our first loyalty is to the man on the platform.

There was a time when, for a lot of people, that man was Tyler. He seemed to speak with the authority of God. It was only the irreversible trauma of his wife’s death and the revelation of his “homosexual agenda” that broke the power of his staff and silenced his silver tongue.

And that’s the thing that scares me about him the most. Because if none of that had happened, I wonder what he might’ve gotten away with.

I wonder how many people would have continued to be abused, shunned, and manipulated in the name of religion behind closed doors.

I wonder how many people would have gone along with it.

I wonder how many people would have tried to speak out about it and been told to stay quiet, to let go of their bitterness, to deal with it privately and stop hurting the Body of Christ.

No. The scariest thing about Tyler is that if he had a large enough ministry, people wouldn’t recognize his abuses even if they were all written down.

The scariest thing about Tyler is that within the Gnostic dream world of American Charismania, he blended in rather than standing out.

The scariest thing about Tyler is that he was completely normal.

15 thoughts on “The Scariest Thing about My Abuser”